A translator is a difficult profession, although it is not considered so by the wider public. In addition to technical difficulties, human issues often arise in translation projects, such as frustrated expectations, misunderstandings, and omissions.

Every agency has its own stories, some funny, some sad. Usually, they are recounted in an informal setting, without naming specific names, and many of the stories become legends in their own right.

We also have such stories to tell. Some of the stories at our agency are like the final script of an exciting film, and from several such films, you could make an entertaining TV series. Screenwriters should get in contact with us—we have a lot of unclaimed exclusive material to share!

Here are four stories such from our agency, all of which happened at different times. 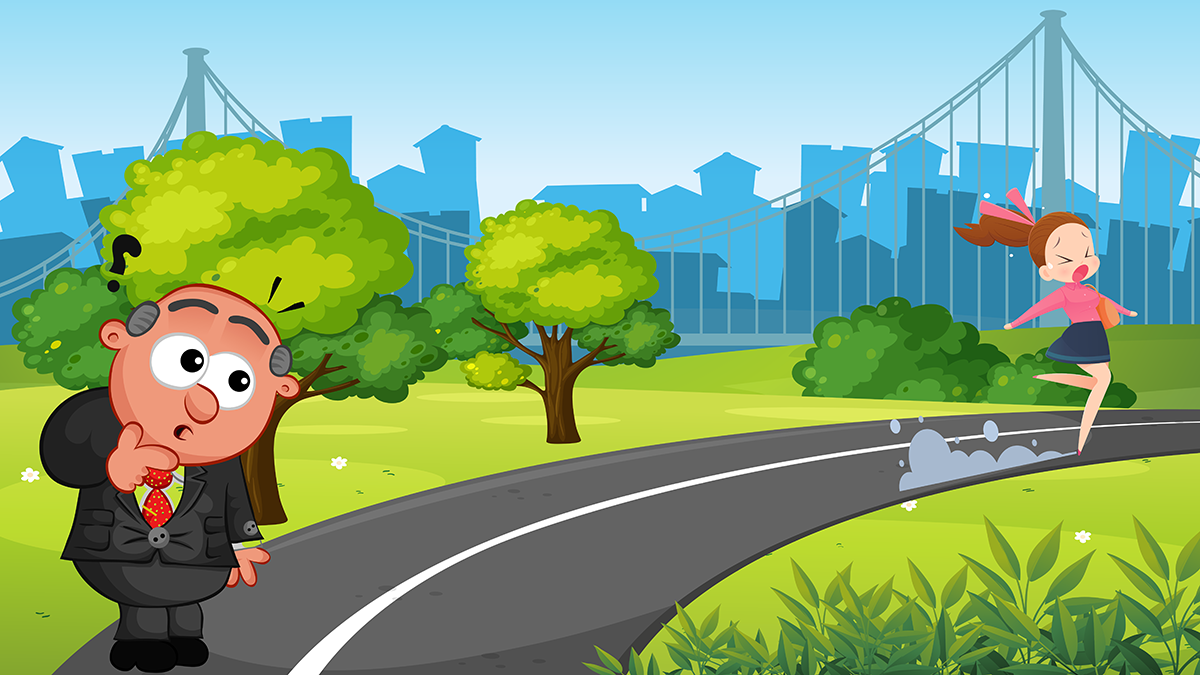 Story No. 1
Your translations are too difficult!

The translator passed a difficult internal test for the position of a full-time employee and was hired (this was before COVID when people worked in offices).

Her trial period at the agency began. Trial periods last three difficult months, during which the translator is subjected to a barrage of information that needs to be assimilated and applied in practice.

Not everyone can withstand this level of pressure: according to statistics, about a third of new employees do not pass the trial period. Some come to the realization that “this is not for me,” some cannot cope with the workload, and others do not meet our requirements.

It was hard for the translator, and she was stressed out. She often went for a smoke break, apparently to gather her brains and calm down. She smoked a lot.

On the third day of work, she went out to smoke once again, but this time, after finishing her cigarette, she did not return to the computer but simply left the office building. The project manager, the HR manager, and the director were all left completely in the dark. She left her computer on. She did not answer our calls for several days. And then she finally answered: your translations were too difficult, I cannot work for you.

If a translator realizes that for some reason they cannot or do not want to work with us, this is a perfectly normal situation that can arise from time to time. But normally they at least warn us that they are quitting! What prevented her from telling us that she’d had enough? 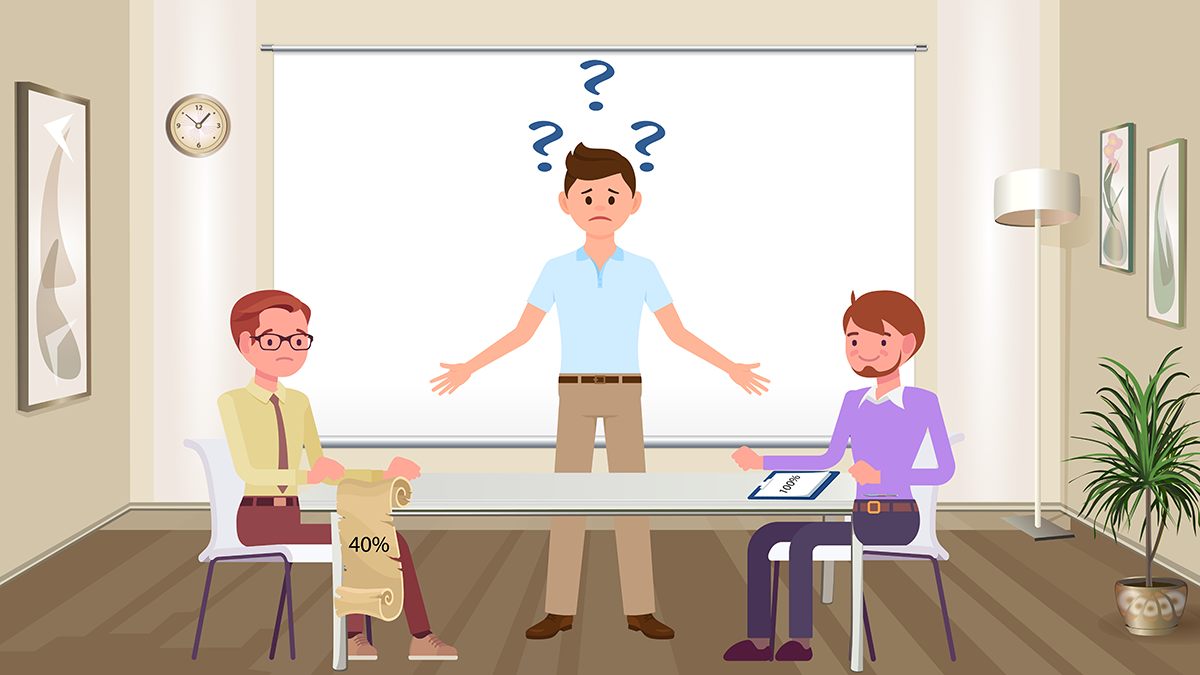 Story No. 2
I have translated less than half

We received a fairly large and urgent order. With 42,000 words and a tight deadline, a single translator would not have time to complete it. The project manager had to split the text into three sections of 14,000 words each and distribute them to three freelancers.

We do not usually do translations in this way, but time trumped quality for the client, and he was satisfied with the solution. Fortunately, we had one editor who could ensure that there were no concordance issues.

Technically, the project consisted of a large number of files. The manager planned the work process as he always does, giving everyone enough time to do the job. When assigning the jobs to the translators, he told them which specific files each one had to do (this was a mistake: he should have given each translator only their files).

Two translators completed their sections within the deadline. But then the third suddenly announced that he had completed only 40% of his section, which horrified the manager, who had to completely reorganize the work process. It just takes one section not to be ready to mess up the entire project.

At least the editor had something to work on in the meantime, and while he was reviewing the 28,000 words submitted by the first two translators, the third continued to work arduously on his section, occasionally complaining about the large volume of work. All while the manager was doing everything he could to persuade the client to move the deadline at least a couple of days back.

As a result, when the third translator finally completed his section way after the deadline (he set a historical record for missing a deadline), it turned out that he had not read the instructions and instead of translating the 14,000 words assigned to him, had done the entire 42,000 words! 42,000 words instead of 14,000, Carl!

Both parties seem to be at fault here. The translator, realizing that he would not be able to finish the job on time, should have informed the manager in advance, and not on the day of delivery. The manager, on the other hand, should have realized what was going on and checked which files the translator was working on. 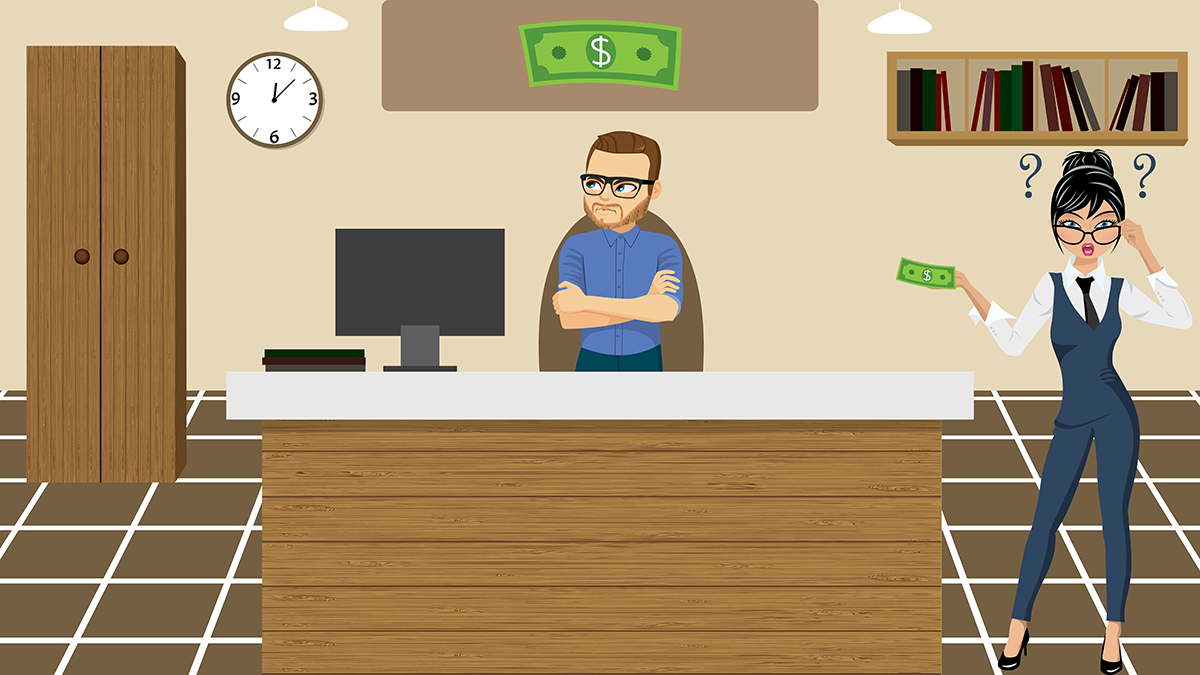 Story No. 3
Your rates are too low!

We had been working with a freelancer for several years. Everything was fine and no serious problems had arisen.

At some point, his tone changed, and there was clear disdain in his voice. He began to take liberties and behave as if we owed him something. The managers discreetly tried to figure out what was going on but to no avail.

We were left with a bitter aftertaste after talking to him, but it was not clear why. At first, we suspected that one of the managers had done something to annoy him. But he started talking like that to all of us. Everyone began avoiding him as much as was feasibly possible.

But to make matters worse, the quality of his work dropped, and we also did not understand why. He began to make beginner-level errors, and when we pointed them out to him, he casually responded—well that is what you have editors for!

Left without any orders, he went silent for a while, but then he began to wonder why he was not being offered any new jobs. We told him that it was because we were not satisfied with the quality of his translations. And that is when he told us: but your rates are so low!

So, instead of increasing his rates, which he himself had set, he decided to not say a word and let the standard of his work drop. What prevented him from directly communicating the reasons for his dissatisfaction? 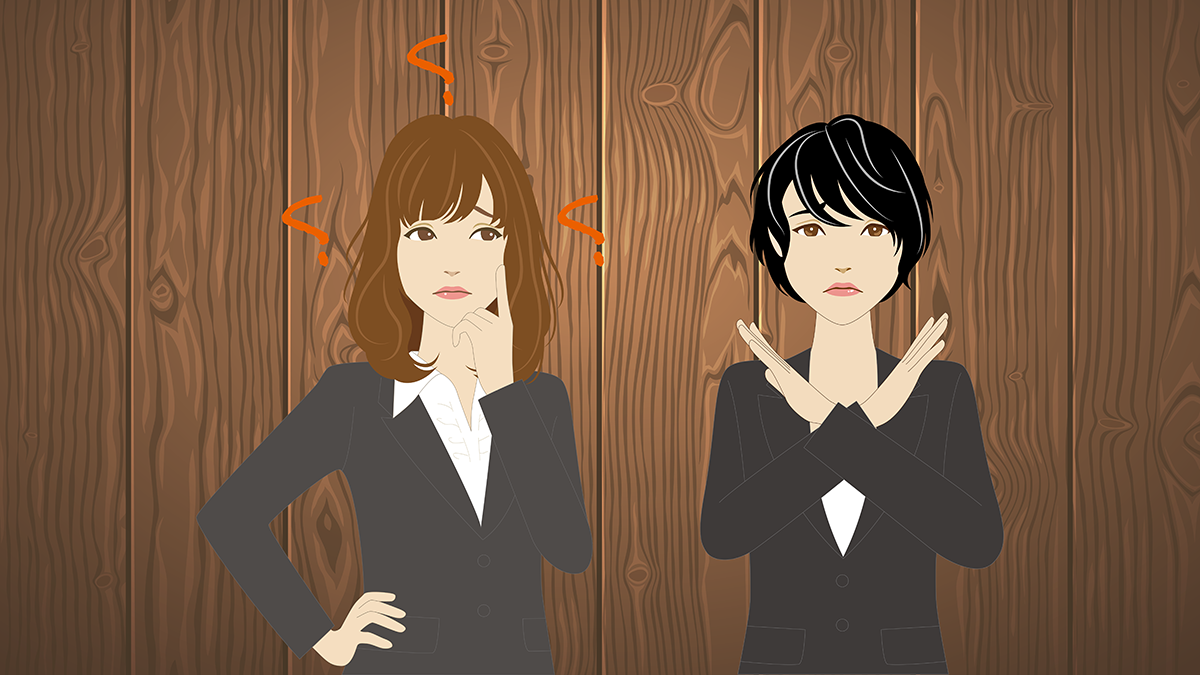 This story is more complicated and includes a prologue and an epilogue. We ourselves only figured out what happened afterwards. This is what happened.

Prologue: a freelance translator with whom we had worked for a long time delivered substandard work twice in a row. It wasn’t that the work was so bad, and we were able to iron out the rough edges with ease. There could be many reasons for this: tiredness, family troubles, cold—it is important that neither the manager nor the editor harbored any resentment towards her. Our editors are not even aware of whose translation they are proofreading in order to avoid favoritism.

Then the agency went a month with few orders, and nothing to offer the freelancer. Unfortunately, this is the nature of our business—feast or famine! Orders come in fits and starts.

Now for the meat and bones of the story. We received an order, a test piece for a client! And the manager offered the test to the translator.

A test translation for a client is a responsible job, and the prospects of cooperation with the client depend on how well the job is done. The best translators are usually the ones asked to do test translations. If an agency asks you to do a test piece, this shows how much they trust you to do a good job. So, the translator did the test.

It was then checked by two editors to make sure that even the smallest mistakes would be ironed out. Quite a few changes were made, but stylistic ones, not corrections as such.

The client was sent a thoroughly checked translation, the translator was sent a file with a list of changes made, and the project was closed.

Then something incomprehensible happened. The translator sent a strange email to the manager, in which she requested to be removed from the translator database and to never be offered any work again. She stopped answering emails and did not answer the phone. All attempts to find out what had happened came to nothing.

Usually, the name of the project in our system is given in the subject of the email. The client’s email featured the word “Test,” which then migrated into the title of the work assigned to the translator. And it was this simple thing that provoked the subsequent conflict—who would have thought!

This is how it looked from the point of view of the translator:

So we lost a good translator, having had no beef with her and not having a clue about why she did what she did. We still do not know how the whole thing could have been prevented.

As you can see, a simple misunderstanding was the root cause of all these problems. Some people involved in the process did not make their expectations clear, did not take the time to talk it through, or simply didn’t fully express what was required.

We hope that everyone involved in the process will learn from this. We have learned from this! 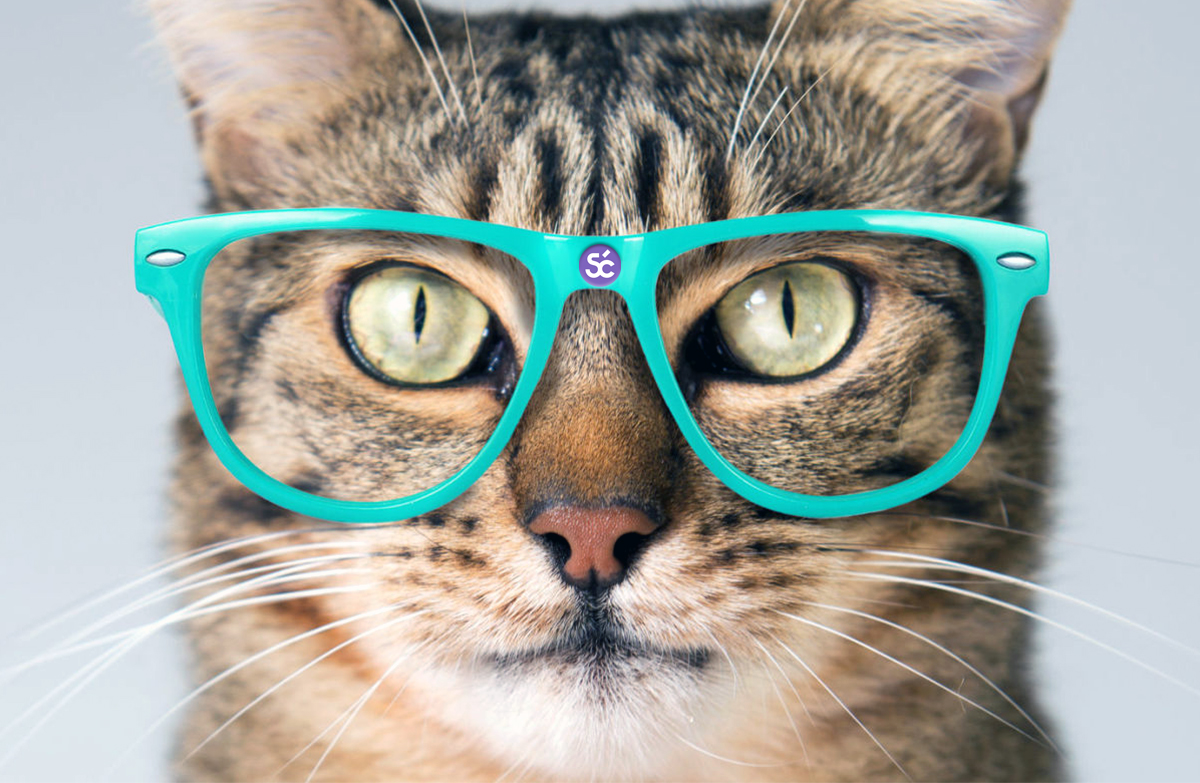 06.03.2018 From a communications channel, the Internet has become a medium for storing and processing information, while increasing network capacity and improvements to hardware and virtual technologies have made widespread access to Cloud computing possible. 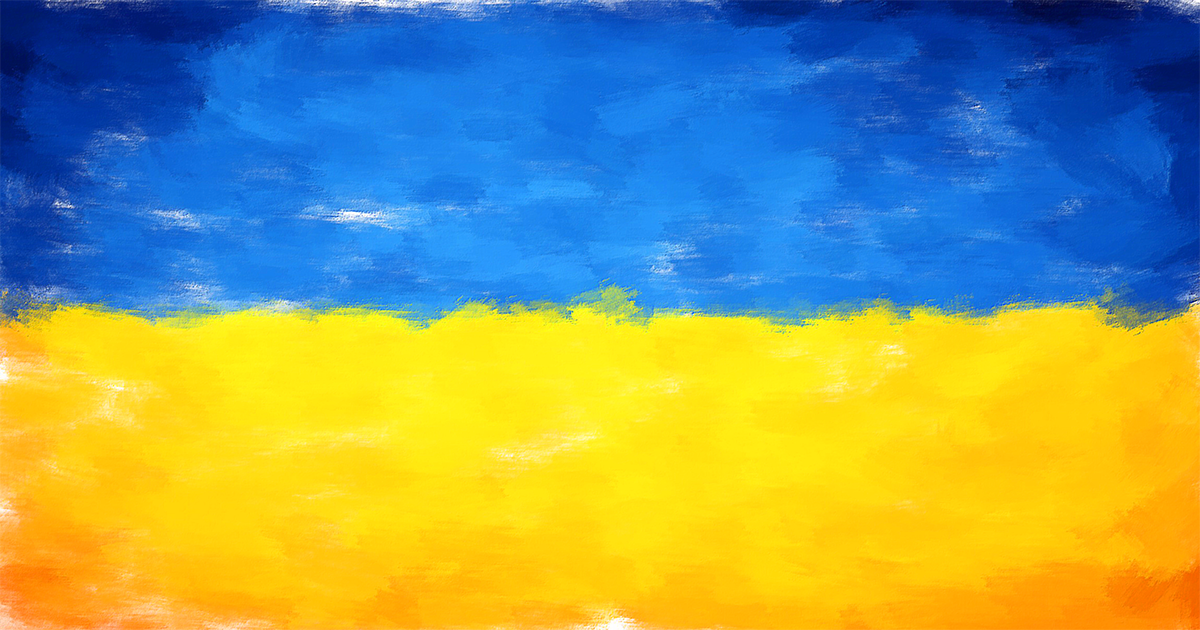 How the Language Law will affect Ukrainian localization

11.12.2019 In April 2019, the so-called “Language Law” was adopted in Ukraine, and in July it entered into force. The precise name of the law is “On provision of the functioning of the Ukrainian language as the State language”. The law is is the result of many lengthy debates, and after its adoption many questions were raised among translators and other people whose work is related to languages. 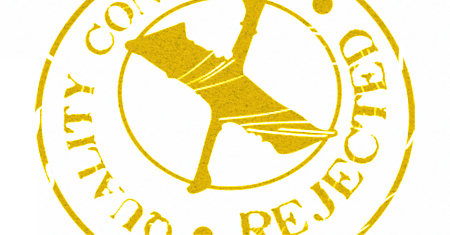 04.05.2016 This article is intended for people who do not speak Russian but have to order, manage, and coordinate Russian translations.