No termbase, no problem

MultiTerm is unable to create the termbase

This error sometimes flies out in Trados Studio when you try importing a WSXZ package exported from SDL WorldServer.

The reason for this error is simple: there is no target language in the structure of the termbase in the package. In other words, this is not the terms in the target language you lack but the language itself. Thus, you can simply delete the termbase—it won’t be at all helpful during translation. No termbase, no problem.

The method for getting rid of this error is easy:

If you use Total Commander, you can remove a file from the archive directly, without renaming and unzipping.

After these operations, the WSXZ package will open without issues in Trados Studio.

“Culture is not supported” error can be fixed.

While opening certain packages, Trados Studio gives you a mysterious unsupported culture message, something like this:

In this case, there is only one thing clear about this message—it says that Trados Studio package can’t work with the Norwegian language (NO-NO is the code for Norwegian). But what does this language have to do with the package if it is English-Ukrainian translation?

This message appears because of the conflict between language identifiers of SDLXLIFF files and in the termbase connected to the package.

The only way to get rid of this error we know is to remove the ill-fated termbase. To do this, choose Project Settings > on the left panel choose Language Pairs > choose All Language Pairs > Termbases > unmark the term base check box > press ОК: 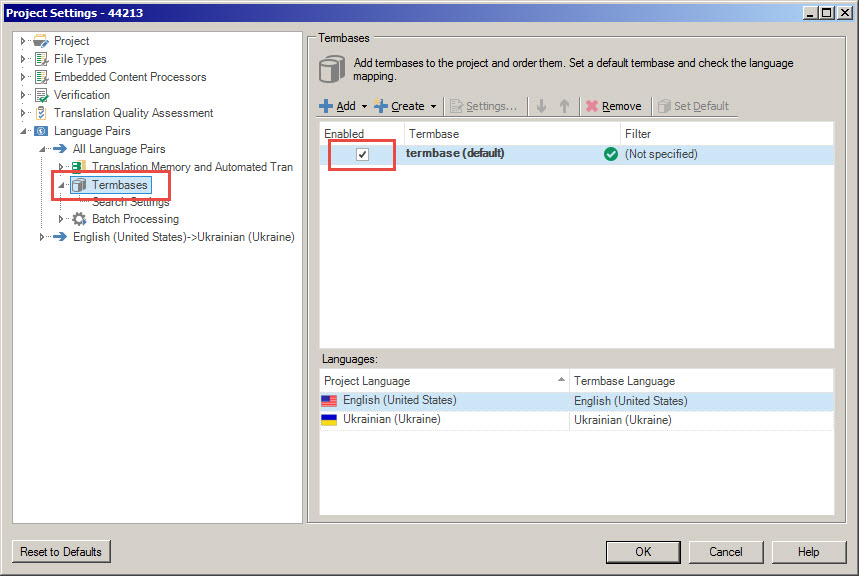