An interesting fact about Ukrainian 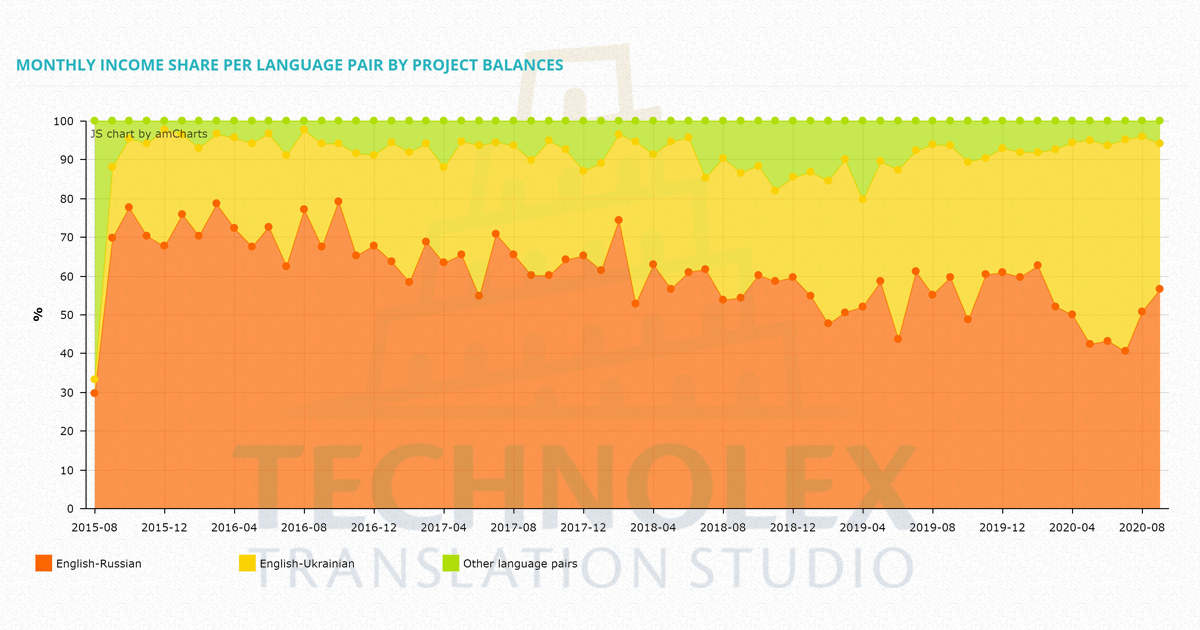 We would like to share our observations on the volume of orders with Ukrainian as a target language.

Thanks to Protemos, the system we’ve been using for storing data on our projects since 2015, we’ve discovered that the number of words received by Technolex for translation into Ukrainian during the past few months has exceeded Russian projects a few times and keeps growing even though the count of orders in Russian would usually be 2–3 times bigger than that of orders in Ukrainian.

Well, first, the Law On provision of the functioning of the Ukrainian language as the State language seems to be working. The owners of foreign websites and software developers who want to see Ukrainians among their customers and users are trying to speak with the potential audience by means of their native language.

The second reason is machine translation. The most popular MT systems demonstrate quite good results with Russian as a target language (surely, with numerous restrictions regarding the specificity of the text, sentence length, etc.). The same, however, cannot be said about machine translation into Ukrainian. Indeed, certain progress has been achieved here as well but not that huge. Even the fast-paced DeepL has not yet added Ukrainian to its language range. This is because the amount of Ukrainian material for training artificial intelligence is considerably less than that of material in Russian. Thus, the volume of localization into both languages is growing day by day, but the customers who need to have texts rendered into Ukrainian are not that brave to replace a translator with a machine.

What a pleasant trend :-)

“A language grows in an elementary way, with the soul of the people.” (Ivan Franko) 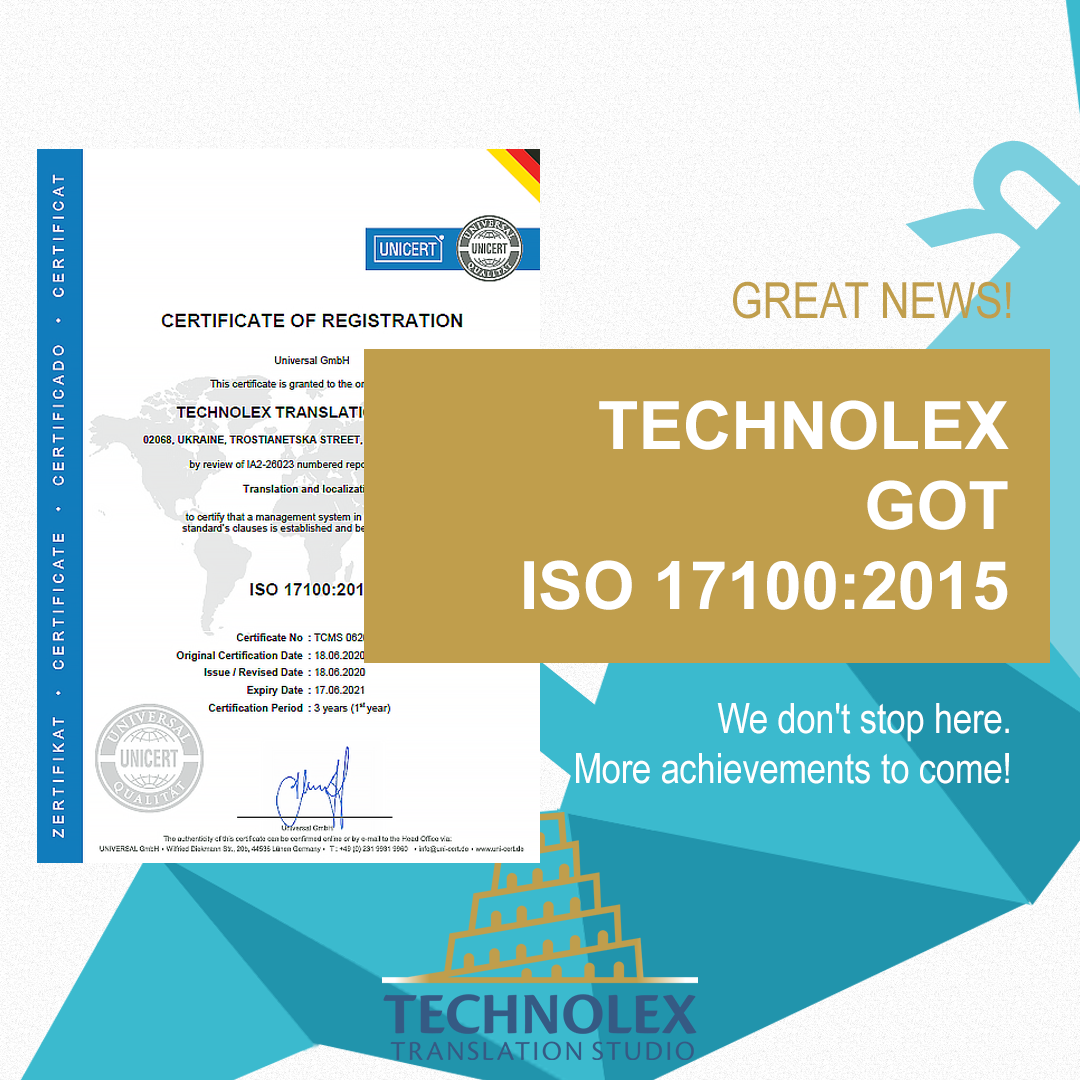 We are excited to share the important news with you!