END_OF_DOCUMENT_TOKEN_TO_BE_REPLACED

Waste no time on copying and confirming
email addresses in Trados Studio: you can move and confirm
them all at once.

Let’s assume you have a Word file containing a lot of email addresses, like this one: 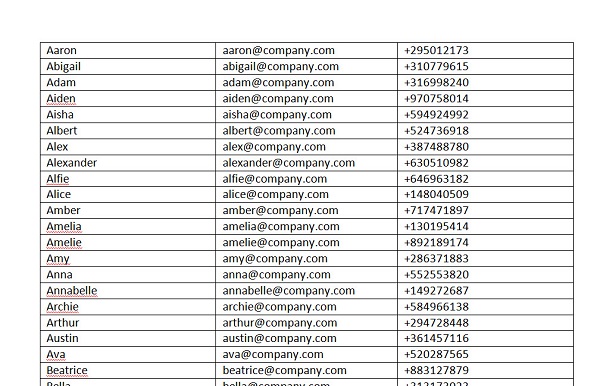 (All names, addresses, and phone numbers here are random.)

You have to translate this text in Trados Studio. You create a project, and the text there looks this way:

However, as you can see, the text includes a very big number of email addresses that don’t need to be translated. If you “translate” them and confirm each segment one by one, it will take much time. But there is a way to copy them to target and confirm them all in no time.

Let’s take advantage of the distinctive feature of email addresses, that is the at sign, @. We have to find and filter out all the segments containing this sign. To do this, go to the Review tab on the ribbon and enter this sign in the Search field. Since we’re looking for it in the source language only, it’s important to select In Source in the search pane:

Press the ENTER key. The work pane will feature only the segments containing the @ sign, that is, in our case, email addresses:

Now go to the Home tab and press the Copy Source to Target button.

What’s left is confirming all the filtered segments. To do this, highlight them all again, right-click the number of any cell, and change the status to Translated:

Then, go to the Review tab again and reset the filter with the Reset Filters button:

That’s how we’ve got all the email addresses copied to target cells and all the segments containing the addresses confirmed.

END_OF_DOCUMENT_TOKEN_TO_BE_REPLACED

When you work with texts, it’s desirable to have two monitors. According to studies, the second monitor allows for productivity gains averaging 25-30%.

It’s nice translating or editing on the computer with two displays: throwing a CAT-tool on one monitor and dictionaries with the reference on the other and having a blast. But what should you do if there is no second monitor and the only one you have is too small? Quite a common situation for a translator, particularly a freelancer.

The classic size for a laptop screen is 15 inches. If the screen is smaller, it’s extremely inconvenient to work with; if the screen is larger, the laptop turns out to be too heavy and “ravenous”: its battery dies after a few hours of work.

Let’s consider the working process in Trados Studio and find out what can be sacrificed for the sake of the enlargement of the work pane and how to hide unnecessary elements of the user interface that take up too much space.

The “unprepared” Trados Studio on the 15-inch display looks something like this: 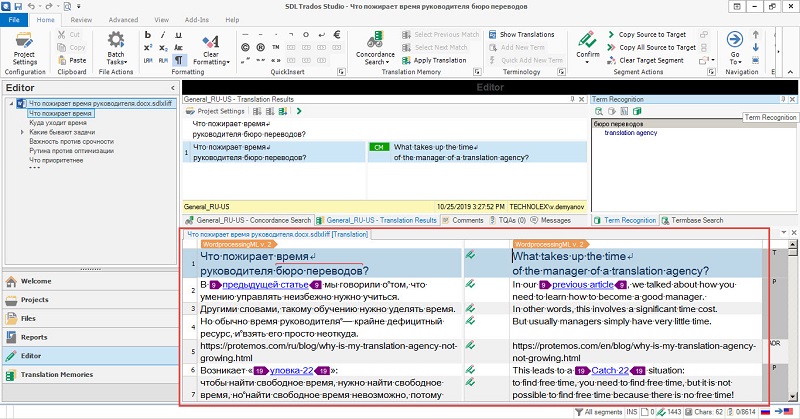 As you can see, the work pane here takes up only about one-third of the screen. It is enough for seven segments only. It’s too small for full-fledged activity; too much space is occupied by other elements.

Let’s free some space for the work pane. First, hide the ribbon by pressing CTRL+F1: 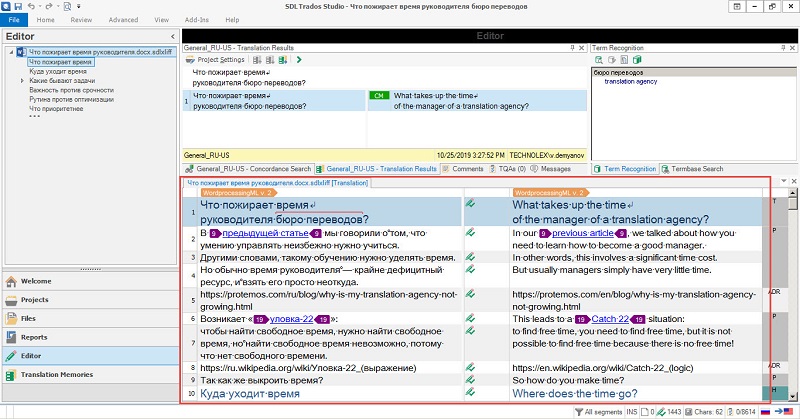 The ribbon is minimized, and there is more space: the work pane holds 10 segments now. When needed, you can show the ribbon with the help of the same key combination—CTRL+F1.

Now it’s time to minimize the project navigation pane on the left. To do this, click the minimize arrow at the top right corner of the pane: 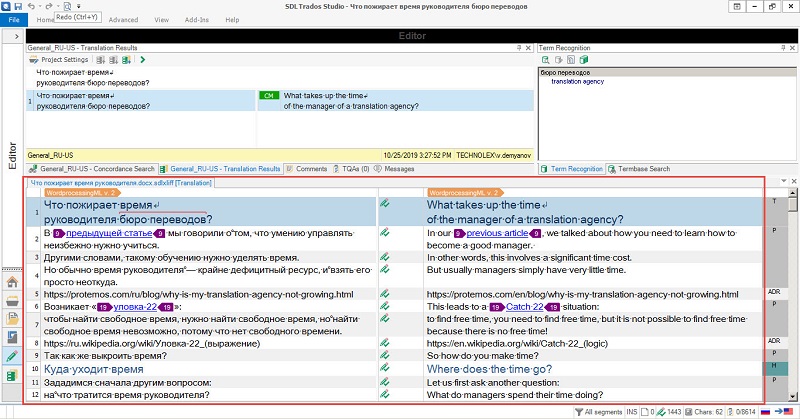 The navigation pane is now narrowed but still functional. Its text has been turned into icons. Thus, the work pane occupies the bigger part of the screen, and the number of visible segments has increased to 12. Two simple commands allowed us to make it almost two times larger.

There is also a more radical way of enlarging the work pane (no, we’re not going to sacrifice the font size). Press F11: 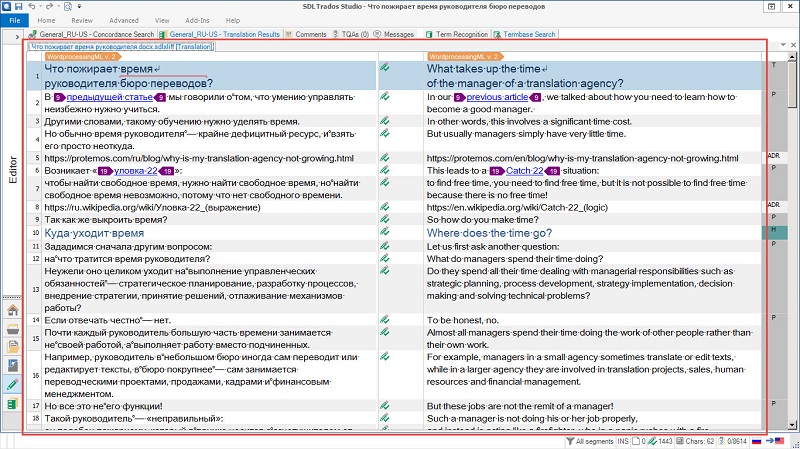 Trados Studio goes into a special mode when only the work pane is actually displayed. The rest, including the translation memory, termbase, concordance windows, the ribbon, and even the Windows taskbar, are hidden.

Since this mode displays only the text and hides all additional elements, it is handy for editing, final self-proofreading before submitting the file when nothing should distract from the text.

To exit the mode, press the same F11 key.

END_OF_DOCUMENT_TOKEN_TO_BE_REPLACED 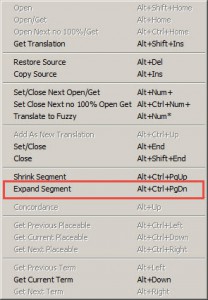 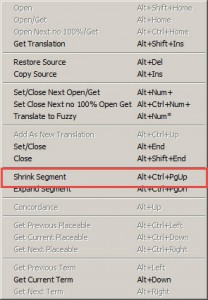 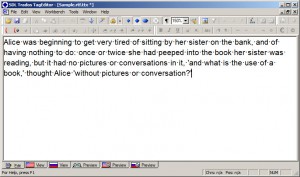 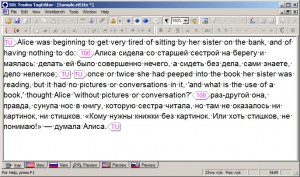 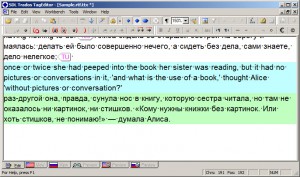 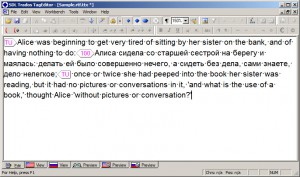 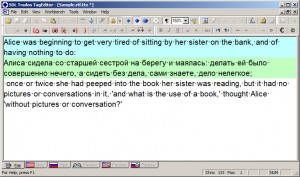 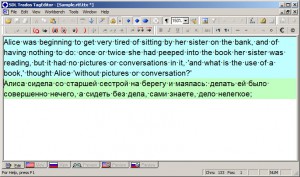 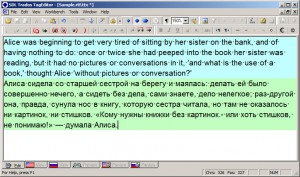 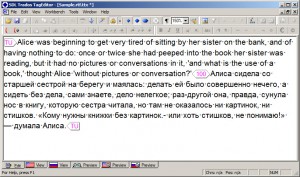