Oleg retired from the Housing Department

Because he was tired of unclogging blocked drains.

He wanted the money without having to strain,

So he became a translator.

When speaking with people removed from the publishing industry, it is sometimes difficult to explain how much nuance is required to produce a well-published text. Over the many years that I’ve worked in publishing, I’ve heard complaints like “the printing presses use up the electricity for the whole building!” or, “why don’t you have a window display for your work?”, which one assertive young gentleman asked once, convinced that a publishing house and an advertising agency were one and the same. At the root of these complaints is a discrepancy between practical and perceived understanding: people do not actually know the work entailed in publishing.

(There are, in fact, a range of different kinds of publishing. Some companies are solely responsible for the publication of dictionaries, and others publish only magazines, still others publish textbooks, others novels, and each genre represents a specific kind of publishing.)

In the publishing world, conflict arises when people who are unaware of their misconceptions must work together. For instance, professionals who earn their living by translation understand what a good translation requires, and what it means to translate a text. Many translators are positive that “non-translators” have some notion of what translation entails. But, actually, people without translation experience are quite oblivious to the complexities of translation. They are usually unaware of how expensive this service is and how much time is needed to produce a good translation. The situation is made worse by mutual silence: translators keep quiet and do their jobs, and non-translators simply use translations for specific ends. This article aims to break this silence, and illuminate some of the complexities of translation.

By looking at real-world examples, we can better understand our common misconceptions. I remember one particularly outrageous and revealing story, which happened many years ago, when an instructor at a university’s military department asked his student to translate a text. The instructor insisted that the quality could be checked by comparing the word count of the original text with the translation! In his view, a translation was very simply a word by word replacement of one language with another; he was sure that each word of the original text could correspond with another word in the target language.

For expert linguists, this is nonsense, and, clearly, the military instructor hadn’t a clue what he was talking about. But just for a moment, try to see the situation through the eyes of the military instructor. How could he have known what translation actually requires? Likely, the instructor didn’t speak any foreign languages, and nobody had ever corrected his misconceptions about them. The instructor came to his own conclusions: translation is the act of finding and replacing words exactly. Nothing in the instructor’s life ever challenged his views on translation, so he believed them to be true.

The military instructor’s misconception is understandable: he was far removed from the work of translation. It’s more difficult to understand the perspectives of people who do have some connection to the field of translation. The following are real stories of candidates looking for work in translation.

A typical case: a candidate for the position of full-time translator is given a translation test. He completes the test using Google Translate and makes few corrections to the word forms. The candidate is surprised by the fact that he failed. He is sure that it doesn’t matter how a text gets translated, and the only purpose of translation is to replace the source language with words using the target language. Here is an article on that subject.

The only difference between the candidate and the military instructor is the fact that he doesn’t compare the word counts. This mistake would be understandable for those not involved in translation, but certainly not for applicants for a full-time translation position.

A complicated case: one candidate made a translation on his own without the use of Google Translate, using a dictionary for any words that he didn’t know. While the candidate’s use of a dictionary was certainly a positive attribute, he only used the first meaning of the words that he looked up. This applicant did not pass the test, and then called to complain: he said, “My translation was correct! I checked the meaning with the dictionary!” In his view, translation requires only replacing the words of one language with the correct words of another one.

Here, the candidate was convinced that words have perfect equivalents between languages, and that the job of a translator is to choose the “correct” words. In fact, it is rare to find an exact translation of a given word, and the more meanings a word has, the more complicated it becomes to choose an accurate translation for it. Each word has a broad spectrum of meaning, the nuances of which rarely find equivalency in other languages.

An even more complicated case: an extremely qualified candidate who studied in Cambridge fails the translation test. Attributing his failure to technical error, he calls the office and is surprised to learn that he indeed failed. The candidate becomes frustrated and shouts: “Your editors are blockheads!” This candidate understands a good translation as a text created by a person with impressive academic qualifications. In other words, his qualifications to do the work of translation were more important than the aesthetics of the translation itself.

Interestingly, this candidate’s long stay abroad was, in many ways, a disadvantage. It is often the case that if a person spends a long time living in a foreign country and speaking a foreign language, his command of his native language suffers. His native speech is heavily influenced and transformed by foreign words and syntax. Perhaps the phrase “I don’t care for your opinion” stops sounding incorrect. In reality, a translator’s most important skill is their proficiency in their native language. While this is obvious to an expert linguist, it is absolutely unclear to people from other fields.

An applicant tries to pass a multiple-choice test. The only difference between the answers are the punctuation marks. The applicant can’t see this difference, and calls the office: “Your test is wrong, the answers are all the same!” When the candidate was asked to take a closer look at the text, he declared that “They are only differentiated by their punctuation marks!” For this applicant, translation focuses solely on words, and punctuation factors little into the translation as a whole. But to illustrate just how important punctuation is to the meaning of a text, notice how one comma could save a grandmother’s life: “Let’s eat grandma” versus “Let’s eat, grandma.”

I remember one legend (though it may be a true story) about Mark Twain. Once, an aspiring writer sent his writing to Twain for feedback. The writer attached a note that admitted he was no good at punctuation, and asked Twain to add punctuation where needed. In response, Twain sent back a letter of commas, periods, and dashes, with the note—“These are punctuation marks. Please, write the story.”

In terms of professional development, freelancers are most disadvantaged. As opposed to full-time translators who work in publishing companies and receive feedback on the work that they do, discuss translation with their colleagues, and are constantly surrounded with the nuances of translations, freelancers work independently. They are not inherently part of a translation environment.

Of course, some freelancers play an active role in translation events, or use personal web sites to stay informed, and independently learn new applications etc. However, these freelances are much less common than one might imagine.

In reality, most freelancers have nominal possibilities for developing their professional skills. Most of the freelancers whom I have come across do not take their job seriously, either because translation is not their main profession, or because they have other responsibilities that take away from the quality of their work, or because they are romantic travelers trying to support themselves while sitting on a beach in Goa. Freelancers who perceive translation as their profession and work to actively improve their skills are uncommon.

What is a translation?

“How many translators does it take to screw in a lightbulb?

It depends on the context!”

To translate means to convey meaning.

Meaning exists not only in words, but also in intonation, facial expressions, phrases, the pace of speech. All these things define the context—who, where, for whom, for what and in what circumstances words are spoken. Often, one must read between the lines, and even between the letters, to get to the heart of the matter.

An entire lifetime wouldn’t be enough to learn how to express all these shades of meaning in another language. You will find some nuances omitted, misrepresented, or hidden “behind the scenes” in any translation, even the best ones. That’s why a translator must develop their skills all the time. There are no perfect translations, and there are no translators who finished learning.

Any style guide contains the following: a target language should always sound natural, and a reader should never be able to guess that a text has been translated.

The most difficult kind of translation is probably simultaneous translation, like the work of an interpreter. In that context, an interpreter has to listen to speech in one language, immediately make a mental translation, and then produce the meaning in another language. This is the kind of work that completely fries a person’s brain! In 2009, during Muammar Gaddafi’s speech at the United Nations General Assembly, his personal interpreter, having worked for 75 minutes without a break (against UN regulations, which require that interpreters receive a break after 15 minutes of work), refused to continue the interpretation. It wasn’t a boycott, a strike, or laziness; he simply became overwhelmed by the mental stress of translation.

A translator is a microphone through which a reader hears an author. The more qualified translators are, the less “audible” the translators are, and the more the voice of the author comes through. Translators have to provide high quality, without being heard themselves. If translators do a good job, their work is invisible, but as soon as they fail, everybody notices.

While to some, translation may seem like a piece of cake, it certainly isn’t! Translation is very difficult work that requires a wealth of experience, knowledge, and the ability to continue learning. 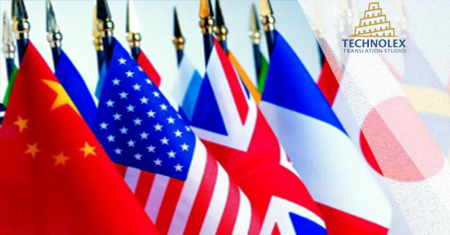 03.02.2015 In this article we will consider the reasons why freelance translators who have passed the initial tests at translation agencies do not always receive a large volume of work. Also, we will provide recommendations on building long-term relationships with customers. 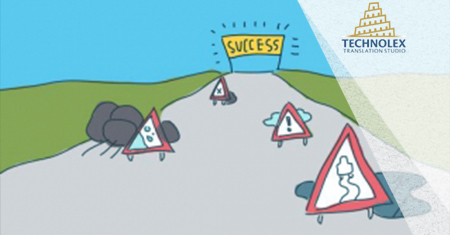 30.06.2016 This article is intended for people who do not speak Ukrainian but have to order, manage, and coordinate Ukrainian translations. Below we present some simple facts that will allow you to avoid common mistakes and misunderstandings when working with your Ukrainian suppliers. We note that similar problems exist with other Slavic languages, e.g. Russian, Polish, Slovakian, etc., so these tips are valid for more than just Ukrainian. 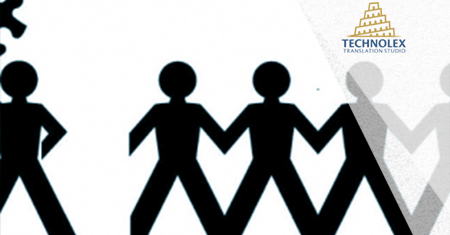 The Human Factor In Translation Agencies: Why Being A Good Translator Is Not Enough

07.06.2016 In this article, we will talk about communication between a translation agency and translators, and how it affects their cooperation.