МТ (machine translation) in its present form is a rather mixed and controversial phenomenon. Numerous misunderstandings and disappointments that are related to it are explained by the fact that both translators and those who use their work have adopted an erroneous attitude towards MT.

Let’s look at what MT is for the translators who use it in their translations, and for ordinary users who read such translations.

Ordinary pedestrians do not see any difference between gasoline and diesel engines: the only thing they care about is that a car with such an engine is able to move. They are not interested in why it happens. The same is true for ordinary users, who do not see any difference between automatic and automated translation: they see only the text that can be read. Also, they are not interested in how exactly the text was obtained.

For ordinary users, SDL Trados and PROMPT are as alike as two peas in a pod. These two software applications are listed under the same section in catalogs: “Translation software”, as their end results are translated texts. No attention is paid to the fact that humans translate text from Trados, while a computer translates the text in PROMPT. That’s why MT is mostly perceived as just a specific type of usual text. Ordinary users do not notice the word “machine” in the phrase “machine translation”.

This raises misunderstandings: users get an inaccurate expectation that MT text will be exactly the same as any translated text. The software application is called “translation software”, so it should produce translation. It does not matter what you call it—“machine” or “computer-aided” translation—the main factor is that words from a foreign language are replaced with ones from a user’s native language, i.e. they are written in “human” language.

However, the point is that MT is produced not by humans but by machines, which operate with words, but not (as yet) with sense. Even those who think they understand it are tempted to act according to the model: “Now I’ll change grammar endings quickly and I’m done!” However, disappointment follows: the text created by MT is not “human” (and sometimes even inhuman) and often can’t be understood at all. Some funny machine translations from English into Russian, such as the translation of Microsoft’s mouse and mouse driver software advice, where the computer mouse was translated as an animal, and “driver” was translated as a “herdsman”, have long become Internet memes. There are many other examples of blunders in the manner of Google Translate.

Professional translators who are “on the other side of the barricade”, and especially those who translate into Cyrillic languages, know very well that the professional translation tool, PROMPT produces text that cannot be considered a translation as a whole, but rather a word-for-word translation. This is text obtained by a literal replacement of words in one language with the words in another language. To think that such text is a translation is the same as to think that a stack of bricks is a house.

As a rule, translators meet customers’ attempts to reduce the cost of TEP (translation, editing, proofreading) by replacing translation with MT, with outright hostility. Not only because they perceive MT as their competitor (although this is also the case: “How come? I’ve put so much effort into mastering this highly skilled job and now you tell me that a dumb machine can do it!”), the main reason is that in practice, MT—contrary to expectation—neither simplifies translation nor reduces its cost.

Moreover, MT not only fails to speed up the translation process, but also reduces the translation quality. Many translators complain that MT “hog-ties” them and “pulls the wool over their eyes”. The words replaced by a computer automatically prevent any creating thinking and limit imagination, which are essential for high-quality translation and making the translation “heavy”. The text translated using MT becomes insipid and loses the “spark” that attracts the reader.

Therefore, machine translation is not a translation. That’s what caused all the fuss—this small terminology confusion.

As a result, the phrase “translated using MT” is perceived as an oxymoron: either translation, or MT–there isn’t another choice.

MT, or not MT, that is the question!

However, there is another choice! And even a couple of other choices.

Yes, MT is not a translation, and cannot be perceived as what we call “translation”. But it does not claim this “title”.

First, in some translated language pairs—for example, in Russian-Ukrainian—machine translation in its current state is getting closer to “classic” translation quality. Sure, there are many funny blunders, such as “Robin Hood shot from onion”, as it is one of the translations for the Russian word “bow” in Ukrainian. In general though, producing a coherent MT-translated text, even a technical one, really does not take much time.

Second, MT allows for saving a lot of time when solving another task: when there are huge amounts of text that would be impossible for a human to translation in time, and the translation quality requirements are only moderate, i.e. when word-for-word translation quality is good enough. A computer does not sleep, never gets tired, and does not go on vacation. When quantity is more important than quality, a computer is second to none.

Third, MT makes it possible to get a general idea of the text in a foreign language. Try to understand what is in the documents you are holding, if they are written for example, in Swahili.

A five-ton truck is a great means for transporting cargoes that weigh 5 tons. To load it with 10 tons or, conversely, carrying a sack of potatoes in it, means to use it for purposes other than that intended. The truck in itself is just a tool.

The same is true for MT: machine translation in itself is neither good nor bad. The question is not “MT, or not MT”, but rather to determine the tasks to apply it for, and the tasks that are beyond its capacity.

Therefore, to use MT, or not to use MT, depends on what you are trying to achieve. Confusion arises when somebody attempts to use MT for solving tasks it is not intended for.

Excuse me for interrupting you…

…but MT advances along several fronts, so translators will hardly be able to ignore it. At the same time, MT will hardly replace qualified translators and editors in the near future. Language is a very complicated thing. That said, attempts to apply MT in realms where it has never been strong will be made more often. This is normal and inevitable.

For us translators, the conclusion is simple: don’t be afraid of MT. It can really squeeze some translators from the market, but only those with a poor quality of translation. We need to go on with high-quality translations and adopt new techniques of work. What if a time comes when computers will translate words into sense? 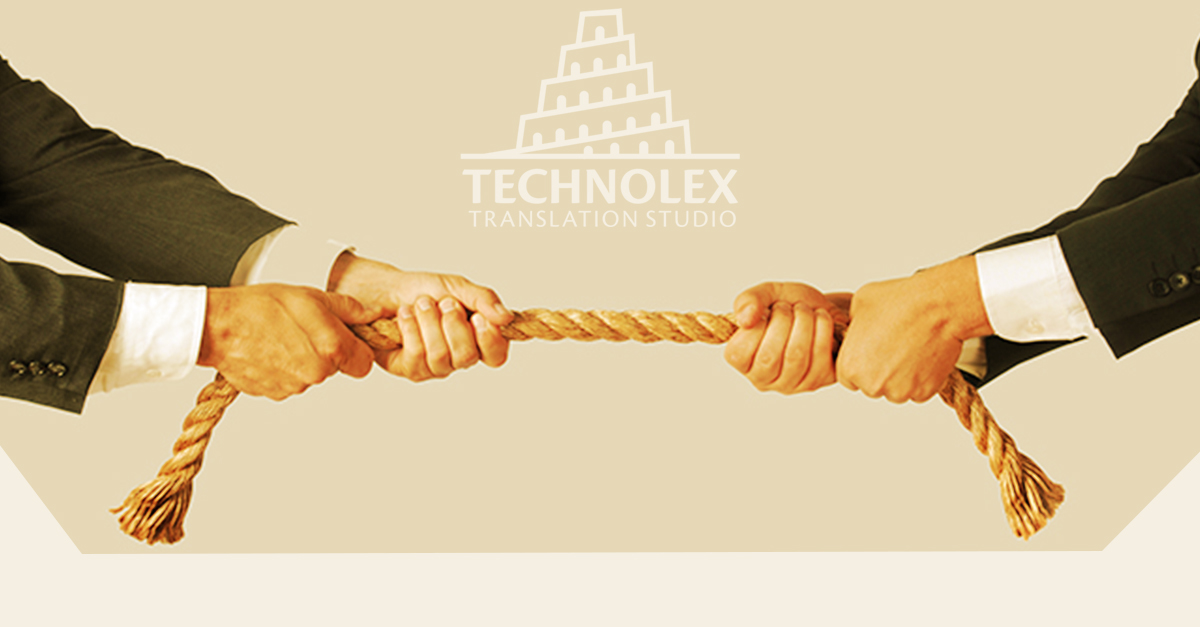 Negotiating the cost of a translation

18.12.2018 Plenty of companies get clients who will start out from the assumption that simply presenting a potential job—particularly a big job—gives them sufficient grounds to ask for a discount. They lean on their potential contractor in negotiations, ask for concessions, and very often get them. 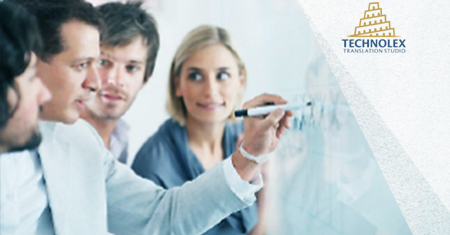 04.06.2015 Why should I take a test? I have a diploma / references / translation samples The abovementioned means absolutely nothing to us. Unfortunately, times are not easy for our educational system and a diploma cannot prove a person is suitably qualified any more. Somebody else may edit the translation samples, and as for the references, they are only relevant if we know the referees had quality requirements similar to ours—in other words, if they are one of our direct competitors or customers. That's why a test translation is often the only way to check an applicant’s skills.

QA-suicide: How Sometimes You Can Have “Too Much Of a Good Thing”

02.03.2016 Terminology control is one of the major challenges in localization. As a rule, serious companies have a well-elaborated terminology relating to the products they manufacture, including large glossaries of approved terms. It is important that terminology is consistent in translations. Inconsistent terminology, at best, will make a bad impression on users. At worst, it may result, for example, in patent proceedings. That’s why special checks are carried out to control terminology. One example of this is that every modern CAT (computer-aided translation) tool now has in-built terminology control functions.